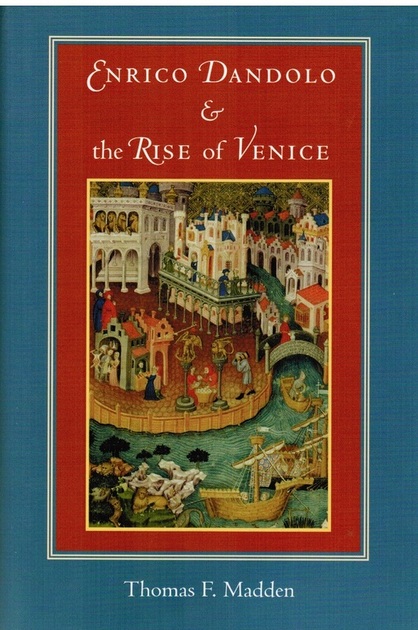 "An example of the kind of history that should be read and written by all students of history."
-- History: Reviews of New Books

"With [this book], Madden more than ever stakes out his place as one of the most important medievalists in America at present."
-- Medieval Review

"A refreshing contribution not only to study of the Fourth Crusade but also to that of medieval Venice."
-- American Historical Review

"An elegantly constructed book that gives a new twist to the fourth crusade and a new perspective on the government and constitution of Venice at a critical moment in its development."
-- International History Review

"Helps shed a great deal of new light on the origins of Venice's political system."
-- Speculum

"Thanks to its resolutely urban perspective, its careful reading of the sources, and its well-founded and independent standpoint, this study is a benefit to the history of the Crusades and the history of Venice alike."
-- The Catholic Historical Review

"Provides an important contribution both to our understanding of Venice's political and constitutional evolution until the early thirteenth century and to the background of the Fourth Crusade."
-- Mediterranean Historical Review

"This book provides the best study in English of a twelfth-century Italian city: authoritative, accessible, and cogently argued. Written in a fluid, assured style that will appeal to general readers, it also learnedly and forthrightly takes on many controversial scholarly issues. ... He brings medieval Venice to life, both in its lagoon and as a participant in great European movements."
—Stanley Chojnacki, The University of North Carolina at Chapel Hill
© 2019 Thomas F Madden